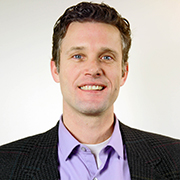 Andrew Clark is the Director of the Institute for Municipal and Regional Policy (IMRP) at Central Connecticut State University.

As Director, Mr. Clark works to facilitate efficient and effective solutions to critical issues facing Connecticut policymakers. The IMRP brings together a dedicated team of CCSU faculty, staff, and students with state and national experts to provide immediate and long-range policy solutions.

Mr. Clark is currently head of the IMRP project team administering competitive grants that aim to provide positive interventions for children of incarcerated parents. In addition, Mr. Clark is Acting Executive Director of the recently established Connecticut Sentencing Commission which seeks to review current and proposed legislation affecting sentencing policies and practices in Connecticut to promote affective, balanced and responsible criminal sentencing. He is also project director for a grant from the National Highway Traffic and Safety Administration that is being utilized to implement the state’ s Alvin W. Penn Racial Profiling law. 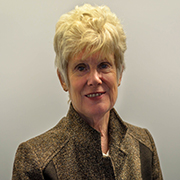 Mary M. Janicki is a Senior Budget and Policy Analyst with the IMRP working on the Results First Initiative. Her legislative experience comes from her work for over 28 years at the Connecticut General Assembly’s nonpartisan Office of Legislative Research. She was a research analyst specializing in election, campaign finance, and ethics policy and for six years was the office director. During her legislative career, she was also active in the National Conference of State Legislatures. She has served on two municipal charter commissions. Her Bachelor’s degree is from Dominican University in River Forest, Illinois and she has a Master’s degree in Public Administration from the University of Hartford. 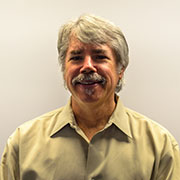 John Noonan is a Senior Budget and Policy Analyst with the IMRP working on the Results First Initiative.  He was most recently the budget section director with the State of Connecticut’s Office of Policy and Management (Governor’s budget office) overseeing the preparation and execution of the state’s fiscal and program policies for Education and Workforce Development agencies – early childhood education through higher education, labor, economic development, housing and others.  During his career, he has promoted improvements in financial and policy decision-making such as the installation of Business Intelligence software in Connecticut which uses the existing IT systems to produce analytic information for quick evaluation and problem-solving.

John has been an active member of the National Association of State Budget Officers.  His Bachelor’s degree is from the State University of New York at Albany (SUNYA) and his Master’s degree in Public Administration is from the Rockefeller School of Public Policy at SUNYA.

Ashley Provencher is an economic consultant for the Institute for Municipal and Regional Policy (IMRP) and Assistant Professor of Economics at Siena College. Since 2011, Ashley has worked with IMRP as the lead evaluator of the REACT model, and provides consulting services on various CIP initiatives. She also serves on the Working Group of the Connecticut Results First Initiative, a justice reinvestment initiative in Connecticut. Ashley conducts national and state-level research on program evaluation and policy analysis on a variety of issues, including child welfare, children with incarcerated parents, and poverty. She completed her Ph. D. in Economics at American University and her B.S. at Simmons College. In addition to academic work and teaching at Siena, Ashley is an advocate for community re-entry services for formerly incarcerated people in the Albany-area, where she currently lives. She is originally from Norwich, Connecticut.

Renee LaMark Muir is a research consultant for the IMRP and the Connecticut Sentencing Commission.  Her area of expertise is adult and juvenile criminal justice policy and procedure and criminal sentencing structure and trends.  She has worked on the state’s Justice Reinvestment project, investigated public corruption in New York City, served as a patrol officer and a detective in the Hartford Police Department, and taught criminal justice courses at the University of New Haven. In 2014, Ms. LaMark Muir became a criminal justice research and policy consultant and, in addition to the IMRP and Sentencing Commission, she is currently working on projects for the University of New Haven’s Tow Youth Justice Institute and the Connecticut Juvenile Justice Policy and Oversight Committee.

At the Connecticut General Assembly from 1987 to 2007, Ms. LaMark Muir was an investigator and researcher for the Program Review and Investigations Committee, conducting comprehensive investigations and policy reviews of all state criminal justice areas.